Intuitive eating is a hot topic right now. For those not familiar with this concept, intuitive eating is an evidenced-based approach to eating that was originally designed to help chronic dieters get back in tune with their body’s unique needs, rather than rely on external food rules to determine what, when, and how much they eat. If you’ve ever dieted, you probably know that getting some of those rules out of your head is tough, even when you’re no longer actively trying to lose weight.

If we are using an intuitive-eating framework, then the ultimate goal is to use your internal wisdom to decide what, when, and how much to eat, not external rules like no eating after 8 p.m. or no refined carbs allowed. When you first learn about intuitive eating, it can sound like it’s solely about eating when you’re hungry and not eating when you are not, but it’s a lot more nuanced than that.

It’s also about the practicality of eating when you’re not hungry because you might not have a chance to eat for several more hours. And it’s also about satisfaction—that is, having a thing you really want to eat simply because it will satisfy you to do so. For example, society tells you that chips are unhealthy, but for you they are a good, satisfying snack, and you may feel deprived if you don’t get to have them. With intuitive eating, you can choose to have the chips and not feel guilty about it, even though diet culture says that we should. The idea here is that by paying attention to what your body and mind are asking you for, you will feel satisfied, not deprived, hungry, hangry, or craving foods that you aren’t “allowed” to eat because of a diet you’re following.

If you’re like so many people, including clients I work with daily, you’re thinking, This sounds great; I’d give anything to have a less fraught relationship with food, but I also want to control my weight, and for that I do have to follow rules about what I eat. It’s a dilemma I hear a lot: Is it possible to practice intuitive eating and have a healthier relationship with food, while also wanting to lose or maintain your weight?

The short answer: Not really, to be honest. Now let me explain how I got there.

Head over to SELF to read the full article: So You Want to Try Intuitive Eating, but If You’re Being Honest, You Still Want to Watch Your Weight. What to Do? 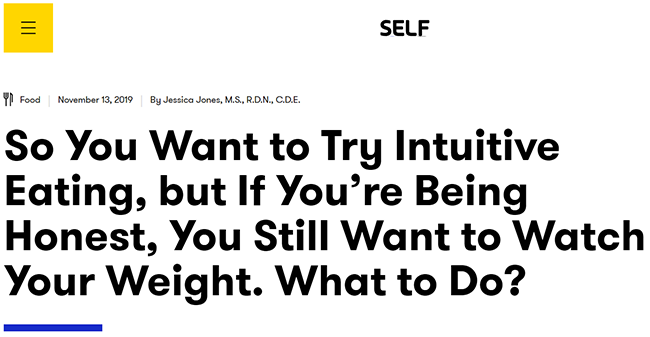 Crispy on the outside, oozy on the inside, we are

This website uses cookies to improve your experience while you navigate through the website. Out of these cookies, the cookies that are categorized as necessary are stored on your browser as they are essential for the working of basic functionalities of the website. We also use third-party cookies that help us analyze and understand how you use this website. These cookies will be stored in your browser only with your consent. You also have the option to opt-out of these cookies. But opting out of some of these cookies may have an effect on your browsing experience.
Necessary Always Enabled
Necessary cookies are absolutely essential for the website to function properly. This category only includes cookies that ensures basic functionalities and security features of the website. These cookies do not store any personal information.
Non-necessary
Any cookies that may not be particularly necessary for the website to function and is used specifically to collect user personal data via analytics, ads, other embedded contents are termed as non-necessary cookies. It is mandatory to procure user consent prior to running these cookies on your website.
SAVE & ACCEPT 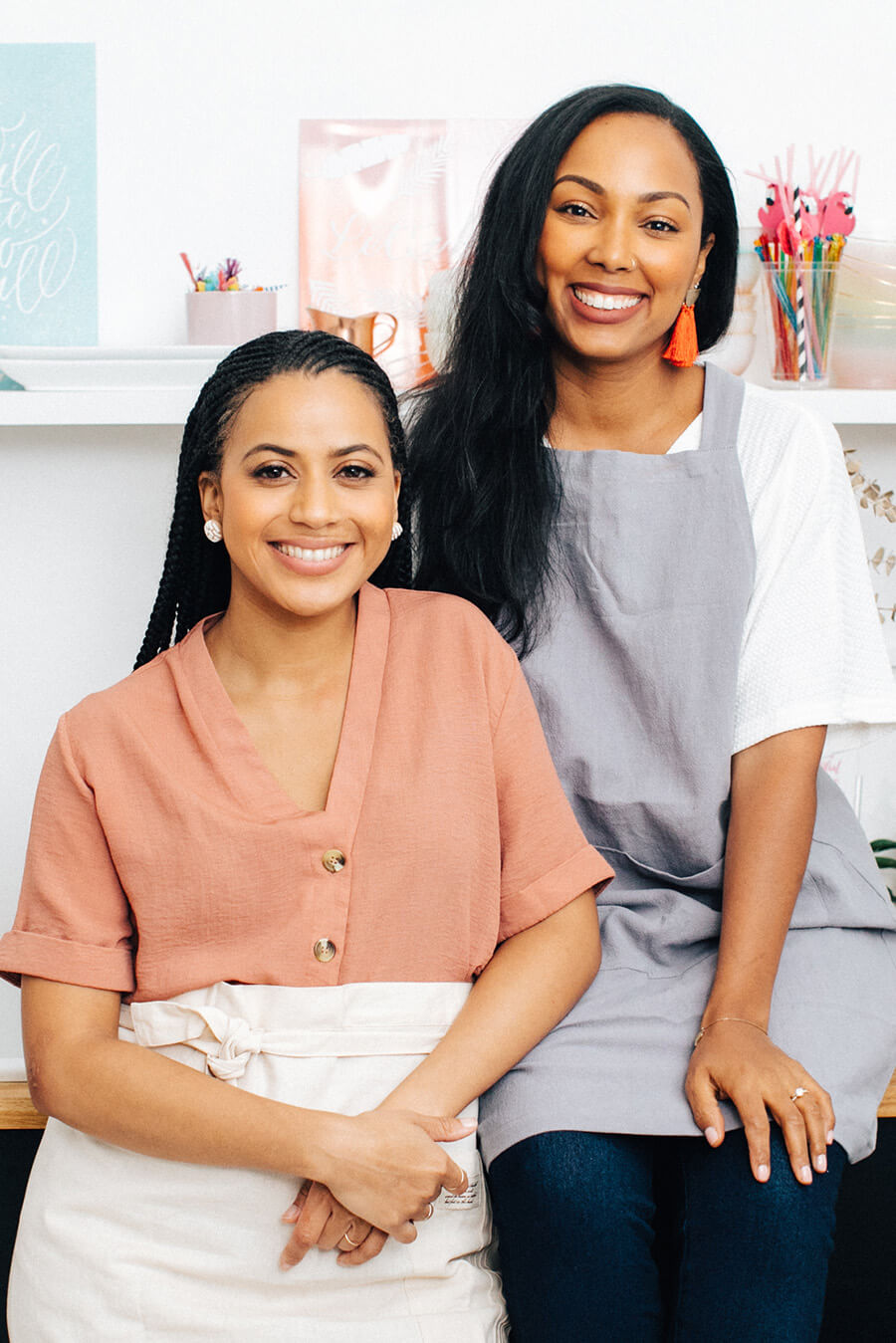 Get our free 3-step mini audio guide to achieving food freedom….even if you’ve tried every diet in the book