This week we’re featuring an under-rated, but totally delicious staple for us at Food Heaven. This Plant-Based Monday, we’re talking parsnips. Parsnips have a surprising sweetness, and are often described as a marriage between a carrot and a banana (weird combo, right?) Many times, they’re mistaken for white carrots, but they actually have their own thing going on! 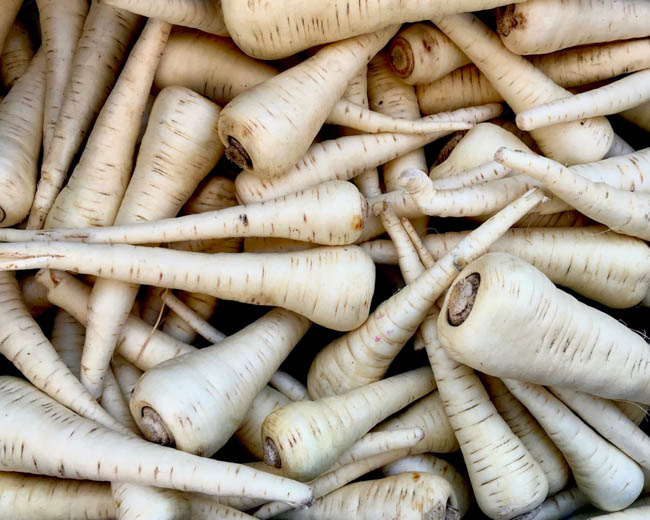 Did you know that parsnips can actually be used to substitute bananas in many recipes? During World War II, when bananas were being rationed due to their scarcity, parsnips were revived to compensate for the banana sweetness. Parsnips were actually a staple for their sweet flavor since Medieval times in Europe. The reliability of a parsnip is heavily due to the root nature of the vegetable. They can withstand tough winters and they have a longer shelf life than many fruits and vegetables.

Parsnips also have a seat at the nutrition table for their vitamin and mineral content. They are a good source of folate and vitamin C. They’re also high in fiber. Parsnips have the best flavor in peak season which happens to be the dead of winter. The frost helps to convert the starch of the parsnip to a sugar, giving them that sweetness. To store, be sure to trim off the green tops and refrigerate for up to three weeks.

How do you enjoy parsnips? Do you like them in sweet or in savory dishes? Let us know your thoughts in the comment section below!