Listen to the Latest Podcast EpisodeYes, Most Bloating Is Normal…But Here’s What To Do If It’s Excessive

You’ve probably seen them everywhere. Just head to your local diner, order a cup of coffee, and there are endless arrays of options for sweetening that coffee. Do you choose the pink packet? Blue packet? Yellow, green, white?  It seems like there are way too many options for sweeteners and artificial sweeteners out on the market, making it difficult to know which one, if any, to choose. 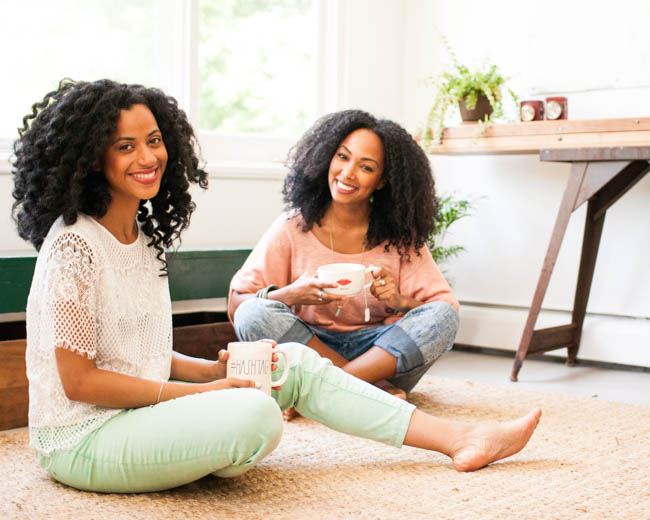 Delving into the world of sugar, non-caloric and artificial sweeteners, can be quite a daunting task. And we constantly get questions, specifically about artificial sweeteners. Are they toxic? Do they promote weight gain? Is it better to just use real sugar? The confusion can seem overwhelming, so we did some digging to give you the latest, credible information on the topic.

In today’s post, we’ll guide you on how to choose the best sweetener for your lifestyle and goals.

But first, what is an artificial sweetener?

An artificial sweetener is often used in place of sugar to mimic the sweetened taste effect. These sweeteners often provide little to no calories when consumed, and are typically sweeter than regular sugar. Because of this, artificial sweeteners should be consumed in smaller quantities. They also don’t cause the same spikes in blood sugar that regular sweeteners (think sugar, honey, and maple syrup) do, which is why they’re popular among people with diabetes.

Here is an overview of some of the most popular artificial sweeteners:

Another form of non-caloric sweeteners are sugar alcohols. Sugar alcohols include sorbitol, mannitol, xylitol, and erythritol. They do contain calories but are lower in calories than regular sucrose. These are often found in candies, gums, and other sweets.

Why People Use Them

There are many different reasons why people choose to use artificial sweeteners. The most common use is blood sugar and weight management. Because non-caloric sweeteners contain practically no calories, some people use them in hopes that it’ll help with weight loss. Uncontrolled diabetes is another reason many people use non-caloric sweeteners. Since they do not have a direct impact on blood glucose response, they tend to be a tool for people with diabetes to manage their blood glucose levels.

All of those pro’s sound like a magic solution for our sugar-crazed country, right? Not quite. Let’s take a look at some of the latest research regarding artificial sweeteners.

There is a vast amount of conflicting research behind artificial sweeteners, which is why they are always such a hot topic in the field of nutrition. The limitations of these studies exist because there isn’t a vast amount of these studies that have been done on humans. To make matters even more complex, many of these nutrition studies rely on observational research. When research is done through observations, this can lead to many different variables, making it difficult to correlate conclusions.

Having said that, we can still gain some insight from the current research:

A recent study conducted by Washington University published in Diabetes Care found that when participants consumed glucose after drinking sucralose (aka splenda), they had a higher peak in blood glucose levels than when just consuming water before consuming glucose. They also found that insulin levels rose about 20% higher. This tells us that sucralose did have an impact on the blood insulin and glucose response mechanisms in the body. This study was specifically done in individuals with a BMI greater than 30. Other studies have even suggested that regular consumption of artificially sweetened beverages are linked with a higher incidence of type 2 diabetes.

Gut health is a vast area of researching emerging in the field of nutrition. Some studies have looked at research regarding artificial sweeteners and its impact on the gut microbiome. The gut is home to healthy bacteria that helps with many different bodily functions such as digestion and immune function. Studies have indicated that the consumption of saccharin (aka Sweet & Low) may increase the rates of glucose intolerance (which could eventually lead to diabetes) due to its impact on the gut bacteria. This is an area of newer research, but definitely something to be considered when choosing sweeteners.

Some studies have recently suggested that there may be other behavioral impacts of drinking artificially sweetened beverages. This review found that after choosing a low-calorie beverage, participants overcompensated and consumed more later in the day. Often, when consuming a diet product in the day, you may later feel entitled to splurge on foods later on. This behavioral concept aligns with the diet mentality that we at Food Heaven are often trying to avoid. It encourages the binge cycle and diet mentality that are often linked to an unhealthy relationship with food. Check out our article on intuitive eating for more on developing a non-diet approach to eating.

So what should you do?

If all of this research has you feeling wary about artificial sweeteners, aim to sweeten your food with natural ingredients like fruit, honey, dates, or maple syrup. You can even use foods like bananas to sweeten baked goods or mix in berries to your yogurt. Although all of these sweeteners contain calories and sugar, they come from natural plant sources and contain other important vitamins and minerals.

Stevia can be a decent alternative if you’re looking for a more natural, non-caloric sweetener. Stevia is derived from a plant and the sweetness from the leaves is extracted and dehydrated to make a sugar-like substance. Research has found that stevia may have beneficial effects on blood glucose control and cardiovascular disease risk factors, however these studies were usually tested with greater doses that people wouldn’t typically consume. So in the case of uncontrolled diabetes or those looking to reduce added sugar consumption, stevia may be a good alternative to help reduce amounts of added sugar.

What do we think?

There is a lot that we do and don’t know about artificial & non-caloric sweeteners. Artificial sweeteners, specifically, may be linked with increased risk for diabetes, obesity, and other related behaviors. On the other side of the token, they may also help to lower total added sugar intake. They may be helpful for people with diabetes to help manage their blood glucose levels. We have had patients with uncontrolled diabetes, who initially benefit from the use of artificial sugars, as they try to cut back on added sugars. Deciding whether to use artificial sweeteners is really a case by case basis. Generally, we don’t recommend them, but again, we do see how they can be useful for someone who has uncontrolled diabetes.

Whether you choose artificial sweeteners, other non-caloric sweeteners, honey, sugar, brown sugar or maple syrup, aim to be mindful of portions. It’s best to consume sweetened foods in moderation and within the context of a healthy, balanced diet. Remember that these non-caloric sweeteners are way sweeter than sugar, and so you should use them in smaller amounts.

This website uses cookies to improve your experience while you navigate through the website. Out of these cookies, the cookies that are categorized as necessary are stored on your browser as they are essential for the working of basic functionalities of the website. We also use third-party cookies that help us analyze and understand how you use this website. These cookies will be stored in your browser only with your consent. You also have the option to opt-out of these cookies. But opting out of some of these cookies may have an effect on your browsing experience.
Necessary Always Enabled
Necessary cookies are absolutely essential for the website to function properly. This category only includes cookies that ensures basic functionalities and security features of the website. These cookies do not store any personal information.
Non-necessary
Any cookies that may not be particularly necessary for the website to function and is used specifically to collect user personal data via analytics, ads, other embedded contents are termed as non-necessary cookies. It is mandatory to procure user consent prior to running these cookies on your website.
SAVE & ACCEPT
Accessibility by WAH